In addition to slightly demented shot of Jared Leto as The Joker released a few weeks ago, Ayer has also given fans an individual close-up photo of Deadshot, played by the movie’s marquee signing Will Smith. It features the character’s cybernetic eye on full display, and virtually all of Smith’s face is obscured by a white mask. 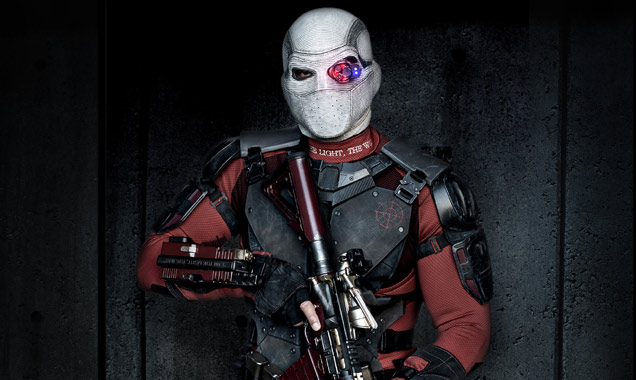 Will Smith as 'Deadshot'

Nearly a month ago, Ayer also tweeted a big group shot of the first official cast read-through. Filming commenced in mid-April and is scheduled to go on until August, with the vast majority of the movie being shot at various locations in and around the city of Toronto in Canada. Suicide Squad is expected to be released on August 5th, 2016.

Whether you’re suffering from superhero fatigue or you’re a sucker for these live action re-imaginings, there’s going to be a lot more of this sort of thing to come in the future. Warner Bros announced back in October 2014 that they plan to release ten more films based on characters from the DC universe.

Jared Leto as 'The Joker'