David Arquette is doing fine after his car crash in Beverly Hills yesterday (04.03.11). 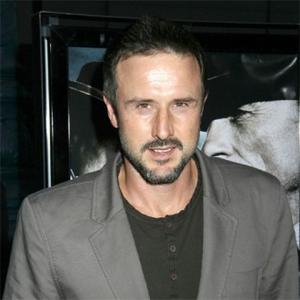 The 'Scream 4' star was involved in a head-on crash with an oncoming vehicle while he was driving in Beverly Hills yesterday (04.03.11) but luckily he escaped with no serious injuries.

He was taken to Los Angeles' Cedars-Sinai Medical Center to be checked over but the 39-year-old star - who left the Betty Ford Center in January after having rehab treatment for "alcohol and other issues" - didn't want any painkillers because he didn't want them to jeopardise his recovery.

He wrote on his twitter page: "I was on my way to catch a plane to Vegas to help my buddy Stevie D open his restaurant The Sugar Factory . so sad i'm going to miss it but glad to be alive for a rain check. Refused all pain medication - may the record state - still sober! (sic)"

David also expressed his relief that the woman who had been driving the black SUV his silver Cadillac hit was also unhurt in the incident. She was also given an assessment at Cedars-Sinai Medical Center

The actor - who separated from former 'Friends' star Courteney Cox in October 2010 - added in other tweets: "It was a miracle the woman I hit was uninjured - thank God!

"Remember to wear your seatbelt - wish I was."