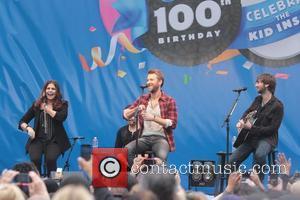 Dave Haywood, guitarist with Lady Antebellum has tied the knot with his girlfriend Kelli Cashiola. The couple got married on Saturday (April 14, 2012), on a private farm just outside of Nashville, according to Billboard.com. The music was provided by singer-songwriter Dave Barnes, during the ceremony, which was then followed with dinner and dancing.
Kelli works for the marketing-brand management arm of Warner Music Nashville. She wore a lace gown, with a white flower in her hair, in a photo published by People magazine. Hillary Scott and Charles Kelley of Lady Antebellum were both in attendance at the ceremony, according to Haywood's representative, who released a statement to the press about the ceremony. Also in attendance were the members of the country music trio Mockingbird Sun, who tweeted "the Dave Haywood/Kelli Cashiola wedding was AWESOME. like a movie. wish them the very best!"
Haywood proposed to his wife last December, in an elaborate scene that he created at her Nashville home whilst she was out at work. He transformed the inside of her home to look like a wintery wonderland and then used Christmas lights to spell out the words 'will you marry me?' outside. Kelli and Dave had been friends for around five years, though they only became public about the fact that they were a couple in the last year or so. Haywood was the last member of Lady Antebellum to get hitched. Hillary married her husband Scott in January 2012 and Charles wed Cassie in 2009. 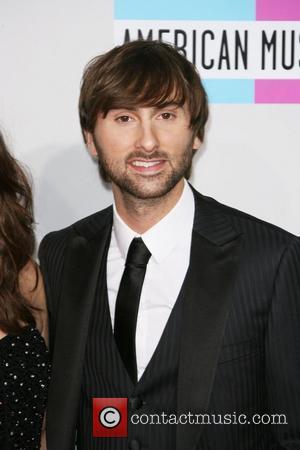