Blum and her husband Dave Grohl have recently had their third child together, but what do we know about his wife?

As the animalistic drummer in Nirvana and the guitar-thrashing frontman in Foo Fighters, Dave Grohl is one of the most well-known and prolific rockstars on the planet. Having survived the grunge era with one of the defining bands on the nineties and achieved equal commercial success in the Foos, Grohl has successfully secured a place in the pantheon of rock. He is, by all means, a true rock God with his screaming vocals and continual head banging. But it is easy to forget, that the man who used to destroy drum kits on a nightly basis, a chap who barely bats an eyelid at the prospect of playing to tens of thousands of people, is also a father and a husband. But who is the woman who managed to tame this punk-addled wild man? 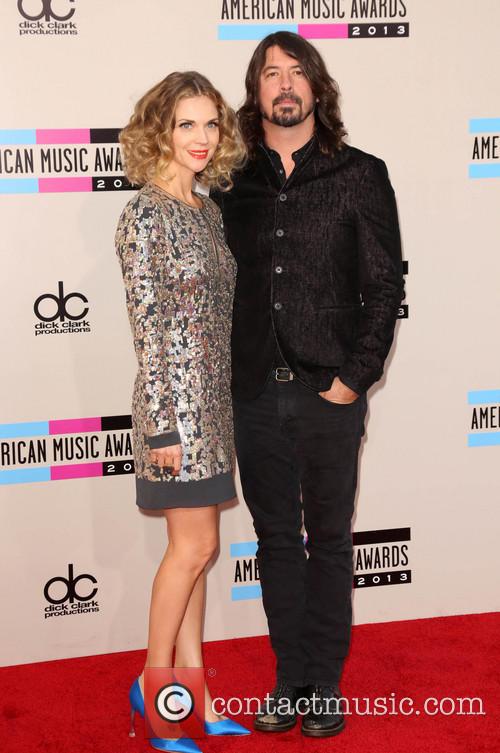 Despite touring and recording commitments, Grohl is a devoted husband to Jordyn and father to three daughters.

Now expecting their third child with Grohl, Jordyn Blum is the woman who turned Dave Grohl the rockstar into Dave Grohl the loving father and devoted husband, even as he continued to shift millions of records and tour the world. Blum and Grohl have been married for over a decade, having tied the knot in 2003, and have already produced two daughters- eight-year-old Violet and four-year-old Harper before they added a third to the Grohl clan with Ophelia Saint Grohl, born on 8th August 2014. Ophelia derives from the Greek word ‘ophelos’ and lends itself to a character of Shakespeare’s Hamlet. Grohl’s wife, however, enjoys a relatively low media profile and was able to enjoy her pregnancy without the degree of media intrusion that most celebrities have to suffer under similar circumstances.

Grohl has been married once before, to photographer Jennifer Youngblood in 1994, before divorcing just three years later. Six years on he married Jordyn and by all accounts the pair look to be a perfect match. It is testament to the enduring love between the two that they have so far survived with their relationship looking stronger than ever. Grohl is known as a prolific musician who not only fronts one of the biggest rock bands of the past twenty years, but also likes to lend his skills as a drummer to any friends who require his talents. He has played a part in a variety of side projects over the years, as well as moonlighting in such bands as Queens Of The Stone Age and Tenacious D. But Grohl’s admirable work ethic has left him setting pretty in financial terms. He is one of the three richest drummers alive today with an accumulated wealth that falls short of only two fellow sticksman- Phil Collins and ex-Beatle Ringo Star.

More: Eighth Foo Fighters Album To Be Released In November