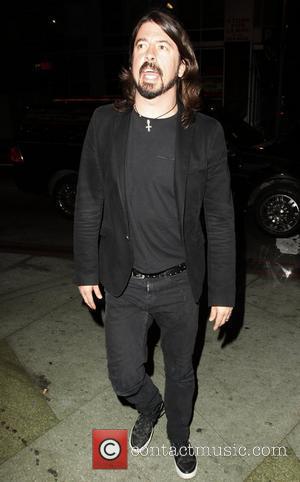 Rockers Dave Grohl and Lenny Kravitz turned out to support their idols Led Zeppelin in Washington, D.C. on Saturday (01Dec12) as the band was celebrated at the prestigious 2012 Kennedy Center Honors.

The Stairway to Heaven hitmakers were recognised for their contribution to American culture - as were actor Dustin Hoffman, bluesman Buddy Guy and U.S. Tv personality David Letterman - during a special U.S. State Department dinner.

On hand to toast the group were the Foo Fighters star and Kravitz, with Grohl telling the Associated Press he learned everything he knows from the band: "My teachers were Led Zeppelin... They were the most powerful thing in my life."

Meanwhile, former U.S. President Bill Clinton toasted guitarist Guy for achieving so much success, despite his humble beginnings, adding, "Buddy Guy's life is a miracle. Just imagine you want to be a guitar player and you get your first strings by tearing off the screen door... He came from that to this."