Kurt Cobain's Daughter Is Convinced The Late Nirvana Star's Former Bandmates Feel Uncomfortable Around Her Because She Looks And Sounds Just Like Her Dad. 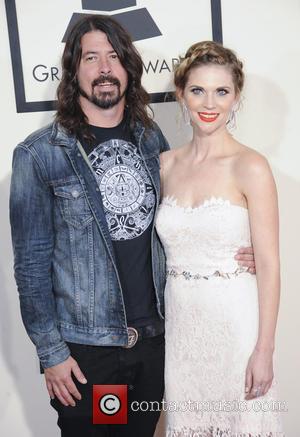 Picture: Dave Grohl - A variety of stars from the music industry all turned out in style to attend the 57th Annual Grammy Awards in Los...

Frances Bean Cobain reveals she staged a mini-Nirvana reunion and invited Dave Grohl, Pat Smear and Krist Novoselic to her home and then watched her late dad's pals freak out when she entered the room and started talking.

In a new Rolling Stone magazine interview, the youngster recalls, "His (Cobain) speaking voice is sort of similar to mine. It's sort of a monotone. The depth to it is similar to the way I speak... It's very weird how genes are.

"Dave, Krist and Pat came over to a house where I was living. It was the first time they had been together in a long time. And they had what I call the 'K.C. Jeebies', which is when they see me, they see Kurt.

"They look at me, and you can see they're looking at a ghost. They were all getting the K.C. Jeebies hardcore. Dave said, 'She is so much like Kurt'.

"They were all talking amongst themselves, rehashing old stories I'd heard a million times. I was sitting in a chair, chain-smoking, looking down like this (bored). And they went, 'You are doing exactly what your father would have done'. But I was glad they came over. It was a cool experience, like having a Nirvana reunion minus one."