Housework Before Rock For Dave Grohl

Foo Fighters frontman Dave Grohl does the housework before recording his band's latest album in his garage. 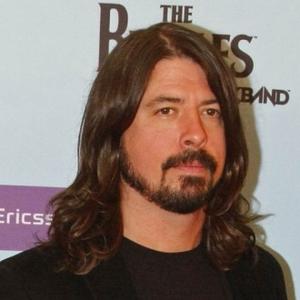 Dave Grohl does the housework before becoming a rock star.

The Foo Fighters frontman - who has two children, Violet, four, 18-month-old Harper, with wife Jordyn - is recording his group's latest album in his garage so he can make sure he does his husband and father duties before work.

He said: "We have decided to record our new album at my house - in the garage actually. It's working out really well.

"I can get the kids up in the morning. Sometimes I do some housework, a bit of vacuuming and dusting, then in the week get the children out for the day.

"Then I go down to my garage and go to work. We make some heavy music.

"But the good thing about making an album in the house is come 6.30 in the evening the kids are having dinner and I get to be there and give them baths and read them stories before they go to bed. Once they go to bed I can go back to the garage and keep on trucking."

Dave - who was also the drummer in rock band Nirvana in the 90s- also revealed how determined he is to stay grounded despite his phenomenal success.

He added to The Sun newspaper: "I toured with my punk rock band and slept on people's floors for years before Nirvana became popular. When I joined Nirvana it was the same way - we were that band who struggled.

"So when all of this fell into our laps I made sure I never took any of it for granted."

Foo Fighters will be playing the Milton Keynes Bowl in England on July2 and 3 next year.

UK Fans can register for priority tickets by texting FOO to 2020 from a mobile on the O2 network.

They can also go to www.o2priority.co.uk/foo