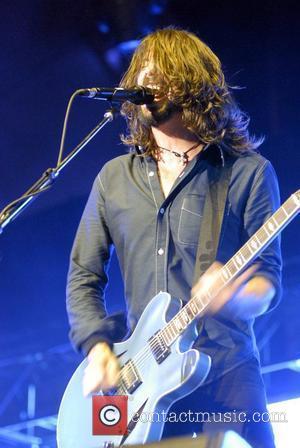 Rocker Dave Grohl will make good on his promise to buy two rescued Australian miners a beer when he travels Down Under in October (06). Grohl sent a message to TODD RUSSELL and BRANT WEBB when they were trapped in a mine in Tasmania in May (06) saying, "Two tickets to any Foos show, anywhere and two cold beers." The rocker sent the message on the eleventh day of their ordeal, after learning that they had requested Foo Fighters' rock anthems on an iPod to help them drown out the sound of drilling as rescuers cautiously tunnelled towards them. They were rescued on 9 May (06) after being trapped for 15 days underground after a rock fall. EVERLONG singer Grohl will be playing two acoustic shows at the Sydney Opera House and plans to catch up with his new mates. He says, "I was willing to foot the bill to have them come half way around the world just to hang out and have a beer, and then it turned out they couldn't come." The rocker isn't planning on letting the guys get off with a quick pint, adding, "I'm not having just one beer with those dudes. We're going for it. This is going to be a big night."