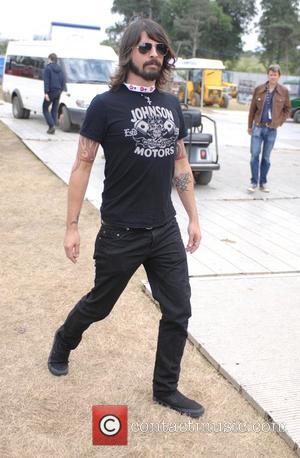 Dave Grohl was so disgusted by US President George W Bush's use of FOO FIGHTERS songs for his 2004 election campaign he investigated taking legal action against the leader.

The former Nirvana rocker was unable to take legal action to stop his hits MY HERO and TIMES LIKE THESE being used at Republican party rallies - so he joined Democrat candidate John Kerry's campaign in protest.

The 36-year-old says, "It was not a good feeling. I talked to my lawyer and we tried to send him a cease and desist order, something that said, 'You're not allowed to use my f**king music,' but there were loopholes.

"I thought the best way to show what I thought was to join the John Kerry campaign."