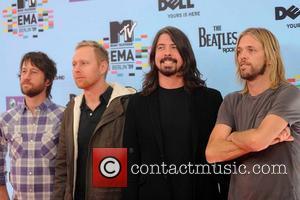 Dave Grohl and Kid Rock have joined stars including JAY-Z, Taylor Swift and Gwen Stefani by filing a lawsuit over the music played in entertainment venues.
A string of celebrities are taking legal action to prevent their songs being broadcast in public without the proper licences - Jay-Z has filed papers against bosses of a venue in Alabama, Swift is suing a bar in Idaho, and Stefani, along with Jon Bon Jovi, is taking on a restaurant/bar in Minnesota.
And now the Foo Fighters frontman and Kid Rock have followed suit, teaming up to file a copyright infringement lawsuit against the owners of the Mallonn's Grill & Bar venue in Canton, Ohio - alleging bosses failed to secure the proper documents needed to play their music.
The rockers are asking for the bar owners to refrain from playing any more of their songs, and demanding damages, according to TMZ.com.