It was the same place, three years ago, where Grohl really did break his leg, forcing the Foos to cancel their Glastonbury set.

As if it needed repeating, Dave Grohl is one of the most genial rock stars around, as he displayed last night by pranking an entire stadium into thinking he had broken his leg by falling off-stage – again.

Grohl and his band Foo Fighters were performing on Tuesday night (June 5th) at Gothenburg’s Ullevi Stadium in Sweden – the very same place where the singer had broken his leg in an accidental tumble almost exactly three years before.

In the opening moments of the show, ‘Grohl’ appeared to run out onto the gangway leading out into the crowd from the front of the stage, before slipping over and tumbling headlong into the audience. Initially, there were shocked gasps – history couldn’t be repeating itself, surely? 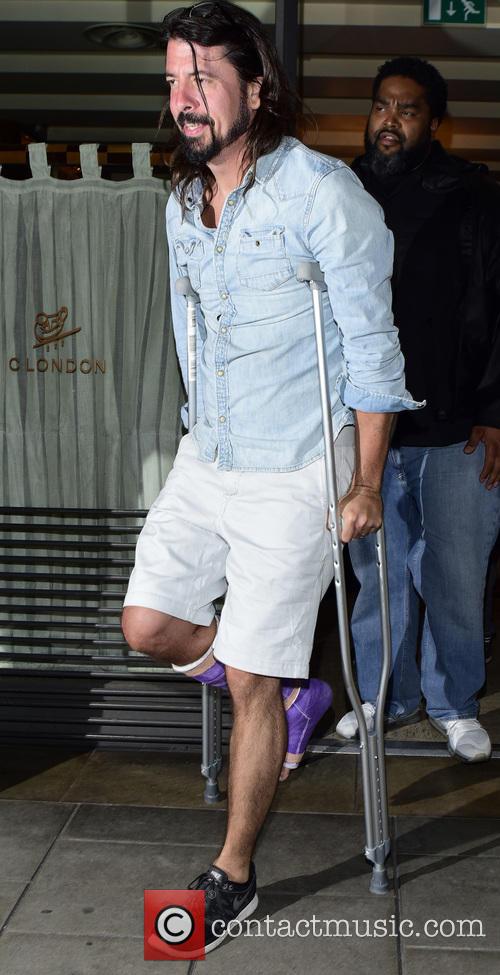 Dave Grohl with his broken leg in 2015

However, the Foos played on and the real Dave Grohl marched onto the stage to rapturous applause. The ‘fall’ had been executed by a stunt double.

The real incident back in 2015 ended up in Grohl suffering a serious leg fracture, and caused the Foo Fighters to miss out on headlining Glastonbury Festival later that month, when Florence + The Machine were forced to step up at the last minute. The Foos themselves, happily, returned to fulfil their headline spot in 2017.

Three years ago, Grohl suffered the injury by apparently mis-timing a jump and falling into a security pit. “I think I just broke my leg,” footage captured Grohl saying as he lay prostrate, “I think I really broke my leg.”

He did just that, with drummer Taylor Hawkins keeping the crowd entertained with cover versions for an hour until Grohl returned from the hospital to play a short encore.

Foo Fighters are in the middle of their Concrete and Gold world tour, which started exactly a year ago and runs until October 2018.

More: Dave Grohl says Nirvana’s huge appeal was because they “drew people in”