Foo Fighters are to return to the UK for three shows in Milton Keynes and Edinburgh after scrapping their Glastonbury and Wembley Stadium shows last month. 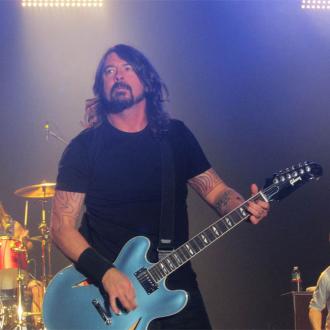 The 'All My Life' hitmakers - Dave Grohl, Pat Smear, Taylor Hawkins, Nate Mendel and Chris Shiflett - were forced to scrap their shows at Wembley Stadium, as well as their headline appearance at Glastonbury festival, last month after Dave broke his leg, but will now perform in Milton Kenynes and Edinburgh in September.

In a statement released on the band's website, Dave has promised to give fans ''a night to remember for the rest of your lives.''

The statement read: ''You have always stood by our band, and we will always stand by you. Like I say at every show, we wouldn't be here if it weren't for you guys. And I mean that. I thank you from the bottom of my heart. And I will do everything I can to come back and give you a night to remember for the rest of your lives as soon as possible.''

Joining the group in Milton Keynes will be Iggy Pop, while Royal Blood will support in Edinburgh.

Wembley ticket holders will be given the chance to obtain tickets for the new dates from Wednesday (15.07.15), two days before they go on general sale.

The rescheduled UK tour dates are: