Dave Grohl feels ''responsibility and a lot of pride'' that Foo Fighters are nominated for six Grammy Awards. 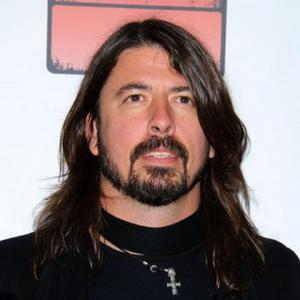 Dave Grohl feels "responsibility and a lot of pride" to be nominated for six Grammy Awards.

The Foo Fighters frontman is excited about his band's nominations - including Best Rock Album and Best Rock Song for 'Walk' - and is glad they will fly the flag for guitar music at the awards on Sunday (12.02.12).

He said: "I feel a little bit of responsibility and a lot of pride. I'm f***ing proud to be in the Foo Fighters.

"We're a real band. If I were a kid in Tulsa, Oklahoma, who loves rock bands and plays with my rock band in the garage, and I turned on the Grammys and saw a rock band with choreographed dancers playing to computers, I'd be bummed until the Foo Fighters came on, and then I'd think, 'Oh, good, humans that play instruments.'"

Dave is also glad Foo Fighters' 'Wasting Light' album is up against Adele's '21' for Album of the Year, as he counts her as a true talent.

He added: "I'm glad that we're with Adele in the same category. It means we've done something right. I think she gives us all hope. She's made an incredible record, and she's an incredibly talented artist, so maybe it is true that the cream actually rises to the top. There's a reason why that record is so f***ing huge. It's good. It's inspiring when something legitimate gets recognised for what it is. It's such a cliche, but it's a huge achievement to be nominated."

Foo Fighters are one of the artists who will perform at the Grammy Awards when they take place in Los Angeles on Sunday.