Dave Grohl will debut a new supergroup when he premieres his 'Sound City' movie at the Sundance Film Festival later this month. 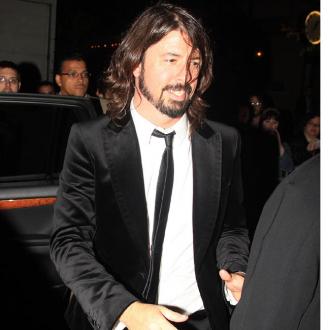 Dave Grohl will debut a new supergroup later this month.

The band will be called the Sound City Players and are scheduled to make their debut performance at the Sundance Film Festival in Utah.

Dave will be at the festival to premiere his new film, a documentary about the Sound City recording studios in California.

As a clue to who may appear with Dave, he recently released a preview of the soundtrack to the film - titled 'Sound City' - which sees him collaborate with a number of stars on tracks including Trent Reznor, Queens Of The Stone Age's Josh Homme, Fleetwood Mac's Stevie Nicks, members of Rage Against The Machine and Black Rebel Motorcycle Club, and other members of his band Foo Fighters.

The soundtrack also features the track 'Cut Me Some Slack', which features ex-Beatles singer Sir Paul McCartney and was premiered by Paul with ex-Nirvana members Dave, Krist Novoselic and Pat Smear at the 12.12.12 benefit concert in New York last month.

Speaking about rehearsals which led to the writing and recording of the track, Paul said: ''The penny finally dropped that I was in the middle of a Nirvana reunion.''