Foo Fighters front man Dave Grohl brought an over-emotional fan on stage during a recent concert. The crying fan, known as ‘Drunk Anthony’, was serenaded with an acoustic version of ‘My Hero’.

Dave Grohl showed that he’s a genuinely decent guy by bringing a crying fan on stage in order to serenade him. Grohl was performing alongside his fellow Foo Fighters at a concert in Colorado over the weekend when he spotted a fan starting to cry in the audience. He soon pulled the man on stage and continued with his acoustic rendition of ‘My Hero’. 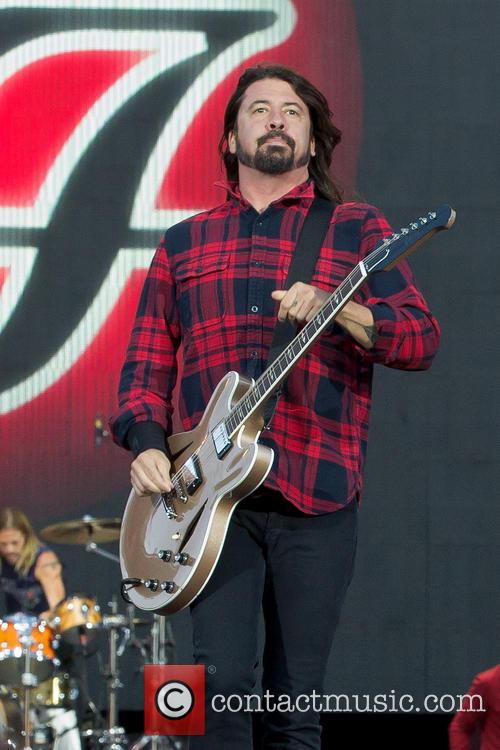 Dave Grohl performing on stage in Gothenburg, Sweden in June 2015.

“I love you man, thank you. Holy s**t. F**k that speech I was just about to make. I'm going to sing to you right now...” Grohl said (via Independent). “I want some real tears. You better sing it with me. Don't make me cry because I promised I wouldn't do this... I'm going to sing this to your crying grown man ass right now... You drunk, emotional mess.”

46-year-old Grohl proceeded to stand on his crutches and seated the man, named Anthony, on the stool he had been perched on. The man looked a little daunted at first but his tears soon dried up as he joined Grohl at the microphone.

Grohl made headlines a couple of months ago when he broke his leg on stage. Incredibly, he continued to perform, even returning to finish the concert after a short trip to hospital. The band were forced to cancel their Glastonbury Festival appearance as a result of his injury and they were expected to cancel the rest of their North American tour. However, Grohl decided not to cancel the band’s tour dates in spite of his injury. He’s been spending most of his performances sat on a stool in order to continue resting his broken leg.