The Foo Fighters frontman intervened at the behest of the fledgling band The Black Leaves of Envy, who have been banned from practising in their garage because of noise complaints.

Rock megastar Dave Grohl has involved himself in a council dispute in Cornwall after he leapt to the defence of a teenage heavy metal band, who have been banned from practising their music in a family garage after noise complaints from neighbours.

The Black Leaves of Envy, a four-piece band from Praa Sands consisting of Cerys Plenty, 17, Dylan Plenty, 15, Adam Jones, 17 and Lewis Cunningham, 15, reached out to the Foo Fighters frontman after a series of complaints were made about the noise levels emanating from their rehearsal space in a suburban residential area. 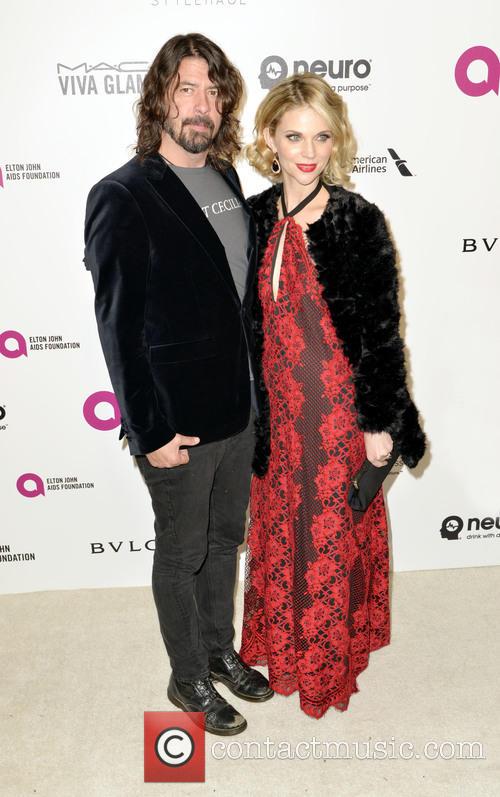 Dave Grohl with his wife Jordyn Blum at an Oscars afterparty

Introducing himself in the open letter as ‘David, an American musician of over 30 years’, his appeal read: “For musicians that lack the resources to rehearse in professional facilities, a garage or basement is the only place they have to develop their talent and passion. I believe that it is crucial that children have a place to explore their creativity and establish a sense of self through song.”

“The preservation of such is paramount to the future of art and music. Without them, where would we be? As a proud father of three aspiring musicians myself, I have always made this a priority in our home, to great results.”

Adam Jones, of the band, reacted to the letter, saying: “It's just been surreal - I'm speechless… seeing the Foo Fighters tag you in a post on Facebook was just incredible.”

A response from the council came soon afterwards, acknowledging the point but saying they were duty bound to investigate noise complaints.

Cerys and Dylan’s father, Andrew Plenty, told West Briton newspaper: “There’s a quote from Dave Grohl saying kids should get into their garages and start practicsing if they would like to be the new Nirvana. We’ve hopefully sent off a letter to Mr Grohl asking for his endorsement with our campaign.”

Grohl also had some words of advice for the band themselves, penning a separate letter to the band telling them they should fill the walls of their garage with sand and cover the floors in gym mats to reduce sound leakage from their rehearsal space.