Dave Grohl Lectures Grammy Crowd About Music From The Heart 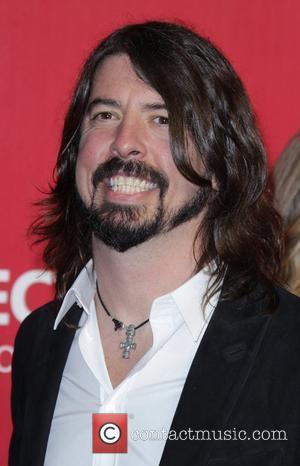 Foo Fighters frontman Dave Grohl took aim at Autotune users and computer wizards at the Grammy Awards on Sunday night (12Feb12), insisting his band's five rock trophies are a tribute to acts who play their own instruments.
The rocker and his bandmates were accepting their fifth award of the night - for Best Rock Performance (Walk) - when Grohl began his speech.
He told the crowd, "This award means a lot because it shows that the human element of making music is what's most important. Singing into a microphone and learning to play an instrument and learning to do your craft, that's the most important thing for people to do.
"It's not about being perfect, it's not about sounding absolutely correct, it's not about what goes on in a computer; it's about what goes on in here (heart) and it's about what goes on in here (head)."