The Foo Fighters frontman sent fan mail to his rock idol at the age of 14. Now he's put it on Instagram.

Many years before he reached his current rock-god status, a teenage Dave Grohl was just an ordinary schoolboy, writing cheerfully to his idol, just like everyone else. The recipient was music legend Ian MacKaye, then the frontman of hardcore punk band Minor Threat, and the young Grohl was hoping to receive a little help - namely with a leg up into the record industry. 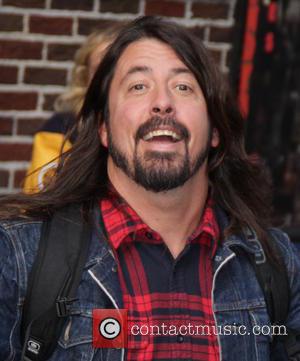 And now, 46-year-old Grohl has shared a photo of part of this fan mail on Foo Fighters' Instagram page, reports The Independent. He said, "Look what my hero Ian MacKaye (Minor Threat/Fugazi) just found: a letter I wrote to him when I was 14! Haha!"

"Good thrash," he had written in black marker. "So I was wondering if you could give me some number or people to get in touch with. It would help. THANX."

He also included his phone number and the hours he could be reached - "3 to 10 p.m."

Look what my hero Ian Mackaye (Minor Threat/Fugazi) just found: a letter I wrote to him when I was 14! Haha!