Swift took to the stage at Radio 1's Big Weekend in Norwich, just before headline act Foo Fighters - Grohl perhaps responded in this way out of guilt!

BBC Radio 1’s Big Weekend witnessed an event that will probably never be seen again: Taylor Swift was not the headline act! The multi-million selling star took to the stage before Foo Fighters at Earlham Park in Norwich on Sunday evening.

Perhaps to mark this momentous event, the band’s lead singer Dave Grohl dedicated a number of songs during their set to her. Before ripping into ‘Congregation’, a track from their newest album Sonic Highways, Grohl revealed that the song was written in Nashville, which many will regard as Tay’s spiritual home despite her recent pop makeover. 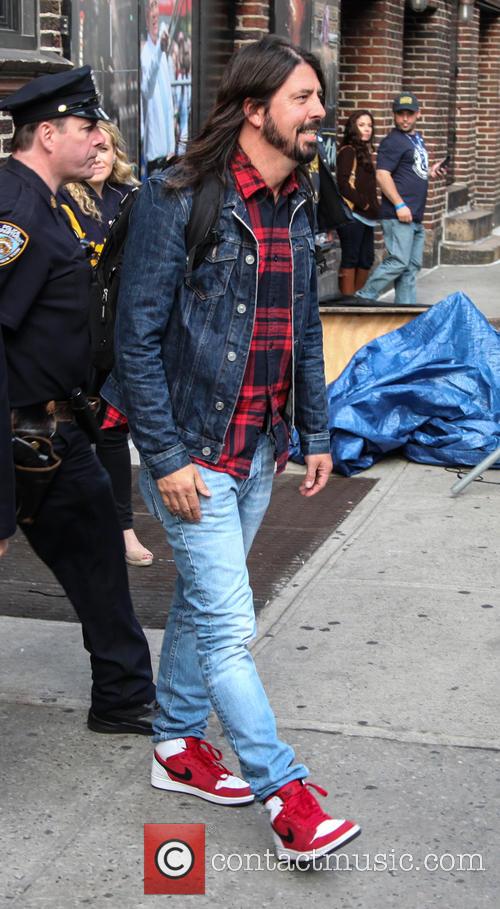 “I’m officially obsessed — she might want to get a restraining order,” he announced to the crowd. “I’m all about Swift. I’m going to dedicate this song to Taylor Swift, how about that? This one goes out to my opening band, Taylor Swift.”

He then went on to dedicate two more songs to Swift, revealing: “My kids would kill me if they found out (Swift was our opening act).” Well, it’ll be something pretty unique for them to brag about in years to come - their dad was supported by Taylor Swift!

"I'm officially obsessed, she might want to get a restraining order" - Dave Grohl is a @taylorswift13 fan too guys! https://t.co/aaP4iwPfJ5

Grohl had a pretty busy weekend, all things considered. The previous night, he took to the stage at London’s O2 Arena to join Sir Paul McCartney in a rendition of The Beatles’ early classic ‘I Saw Her Standing There’. This was on the back of an emotional performance with his band on David Letterman’s last ever ‘Late Show’ on Wednesday night.

Foo Fighters are also scheduled to headline the first night of 2015’s Glastonbury festival next month. As for Radio 1’s Big Weekend, the two-day annual touring festival featured sets by Rita Ora, Florence + The Machine, Snoop Dogg, David Guetta and Muse. The recovering Sam Smith had also been due to perform, but to pull out of the commitment because of his recent vocal cord surgery.