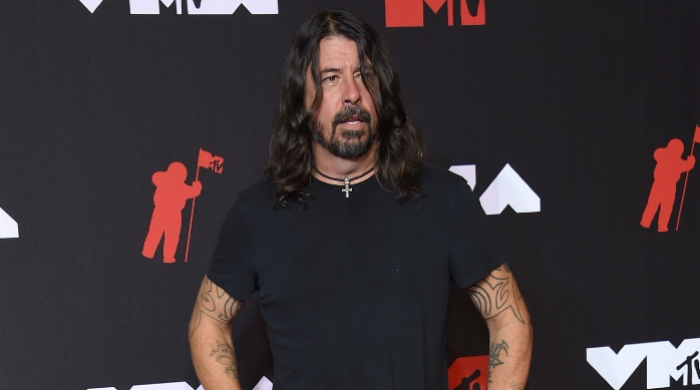 Not only did Dave Grohl play the part of Satan in Jack Black and Kyle Gass’ movie The Pick of Destiny, he also played drums and guitar on their self-titled debut album including the hits Tribute and Wonderboy. At this point, he’s almost like an honorary third member of Tenacious D.

As a stunning homage to Nine Inch Nails following their induction into the Rock And Roll Hall Of Fame last year, Annie Clark and Dave Grohl performed a cover of NIN’s Piggy - but it’s far from their first collaboration. Last year they also played Lithium together during a Nirvana tribute show, with other guest musicians also playing songs from the grunge band.

Speaking of Nine Inch Nails, Grohl also featured on seven out of thirteen tracks on their fourth studio album With Teeth. He later reunited with the band on the song The Idea of You from 2016 EP Not the Actual Events.

One of the greatest ever performances of Motorhead’s Ace of Spades was when frontman Lemmy Kilmister teamed up with Dave Grohl and Slash at the 2010 Revolver Golden Gods Awards. The pair had previously worked together on a rendition of Run Rudolph Run from the 2008 metal Christmas compilation We Wish You a Metal Xmas and a Headbanging New Year.

Being a huge Prodigy fan, it must have been a dream come true to perform on the band’s 2009 number one album Invaders Must Die. He played drums on Run with the Wolves and Stand Up, landing the gig when he directly emailed the band to offer his services. You don’t get if you don’t ask!

It may not be one of the greatest albums Garbage ever released, but the guest appearance of Dave Grohl on drums on the opening track Bad Boyfriend certainly boosted the album Bleed Like Me in the critics’ and fans’ favours.

If it’s not already clear enough that Dave Grohl has partnered with some of the most legendary musicians of all time, the news that he collaborated with none other than David Bowie back in 2002 will change that. He played guitar on the song I've Been Waiting for You, from Bowie’s 22nd album Heathen. It was a cover of the Neil Young song, and to say it did it justice is putting it mildly.