Dave Clark Warns Harry Styles To Stay With One Direction 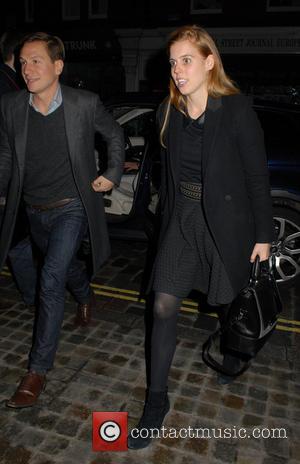 Veteran pop star Dave Clark has warned Harry Styles to stick with One Direction if he wants a lasting chart career.

The Dave Clark Five drummer puts his group's successes in the 1960s down to the fact they finally had a settled line-up after years of members joining and leaving.

He insists the problem of bands breaking up because one member wants to go solo still exists in the 21st Century, and he has warned Styles - who is often rumoured to be planning his exit from the group - to stick with One Direction if he wants long-term success.

Clark tells U.K. talk show Loose Women, "Young bands, (you should) not believe your own publicity, the bubble could burst tomorrow, you're only as good as your last record... You can't keep people if they are not enjoying it... (but) I think with a lot of the kids out today, you will always get managers and lawyers involved and they will say, 'Oh, you're great, come on, go on your own', and I think that's the worst thing.

"With groups today - stick together. One Direction is a prime example of the latest sort of rage. You know, if they keep together (they can last)...You always get (rumours) but one thing I will say about One Direction is they make great records... If you can cater down the middle (of adult and child audiences), you stand more chance of lasting and I think One Direction stand a very good chance."

Dave Clark Warns Harry Styles To Stay With One Direction