Angry Fans Are Demanding Refunds From Comedian Dave Chappelle Amid Allegations He Showed Up To His Gig In Detroit, Michigan On Thursday (23apr15) Drunk. 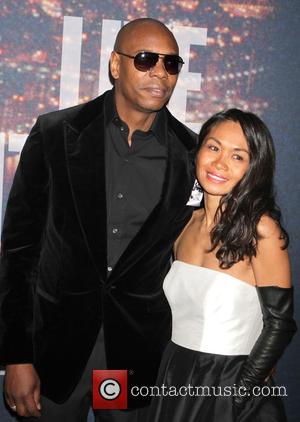 Picture: Dave Chappelle and Elaine Chappelle - A host of stars including previous cast members were snapped as they arrived to the Rockerfeller Plaza for...

The funnyman reportedly took to the stage at The Fillmore venue an hour late, and then allegedly spent the majority of the show smoking, rambling and slurring his speech.

In video footage obtained by TMZ.com, a member of the audience can be heard yelling, "Let's hear some of the act!" and Chappelle responds, "Well sir, it's a little late for that. Right now I've gotta get off the stage because it's 2:00 in the morning." The crowd then reminds him that it's actually 1am.

A representative for Chappelle tells the website, "Out of the 50 shows on the tour, Thursday was definitely not his best set. On the flip side, the incident inspired some additional sharp-witted material and (Friday) he came back with a vengeance."