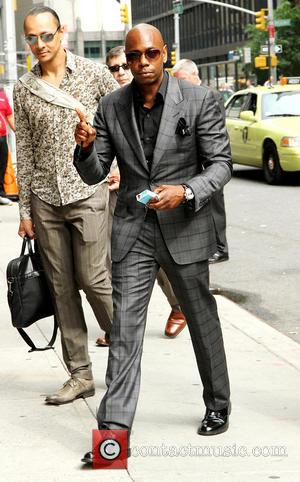 Actor/comedian Dave Chappelle is set to hit the stage with rapper Nas for a show at Radio City Music Hall.

The reclusive Half Baked star will perform alongside the One Mic hitmaker on 23 June (14) in New York to celebrate the 20th anniversary of the rapper's album Illmatic.

He says, "There was an artist I really wanted to work with. You know I'm a big fan of hip hop music and its the 20th anniversary of arguably one of the best hip hop albums ever made. That album is Illmatic, that artist is Nas. So I am very lucky to be able to say I am, I will be playing... at Radio City Music Hall with Nas and a 45-piece orchestra. It's going to be beautiful."