A New Mexico Man Is Heading To Trial For Battery After Drunkenly Hurling A Banana Peel At Comedian Dave Chappelle During A Stand-up Show In March (15). 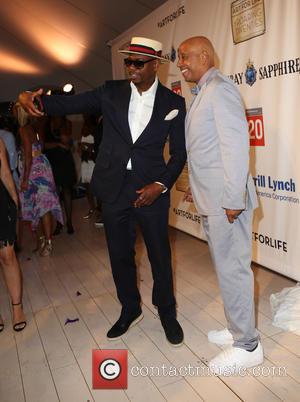 The funnyman was in the middle of his routine at the Lensic Performing Arts Center in Santa Fe when Christian Englander threw the fruit skin at the stage, striking Chappelle in the leg.

Englander attempted to run as security guards closed in on him, but he was apprehended and subsequently taken into custody by local police.

The suspect, who appeared to be intoxicated, confessed to the incident, but claimed he was just hitting out at jokes Chappelle reportedly made at the expense of his friend.

On Monday (27Jul15), prosecutors revealed the case is now set to head to trial, with jury selection slated to begin in September (15).

The 31 year old faces up to six months behind bars for each misdemeanour charge of disturbing the peace and battery, and a possible fine of $500 (£313), but he is seeking to settle the case with a plea deal.

He tells The Associated Press, "If I can, I would like to avoid a trial. I'm not afraid of the end result, but it's a waste of human resources... If there is a plea offering, I'll take it."