Picture: Dave Chappelle having a cigarette break whilst having lunch at the Ivy restaurant. Los Angeles, California - 03.12.07

Nobody's quite sure what prompted Dave Chappelle to totally lose it during his show in Hartford, Connecticut, last week, but the comedian has since attacked the city and its inhabitants, suggesting that if North Korea should ever drop a nuclear bomb on the United States, he would want it to land firmly in the centre of Hartford.

If you're unfamiliar with the story, Chappelle went off at hecklers in the crowd at a Connecticut show on Thursday (August 29, 2013) and refused to perform his material.

According to TMZ.com, he sat on a stool for several minutes with his mouth shut, eventually saying: "I f**ked up when I left my show, you know why? 'Cause my show only has to be 22 minutes of television. I could've went on television, I could've read the phone book for 22 minutes and I would've got $50 million dollars."

"I shoulda done that sh*t but my ego wouldn't let me. Tonight is different. Tonight my contract says 25 minutes and I have 3 minutes left. and when my 3 minutes is up, my ass is gone."

After the show, dozens of ticketholders asked for refunds, though actor Patton Oswalt defended the comedian, tweeting, "Dear Dave Chappelle's fans: He's one of the best comedians working, & you're not letting him do what he loves. Stop being a**holes."

Now, in a new interview, Chappelle insists he will never return to Hartford, calling the crowd "young, white alcoholics" and saying he wanted to pull a "reverse Kramer" - referring to  Michael Richards' ridiculous N-bomb tirade at the Laugh Factory in 2006.

"I don't want anything bad to happen to the United States," Chappelle said ... "but if North Korea ever drops a nuclear bomb on this country, I swear to God I hope it lands in Hartford, Connecticut."

Ultimately, Chappelle maintains that the crowd in Hartford were lucky to see him "freak out," explaining, "That s**t's like being at a f**king tiger show the night Sigfried and Roy got their throats bit out by the tiger ... you don't go to see somebody be safe." 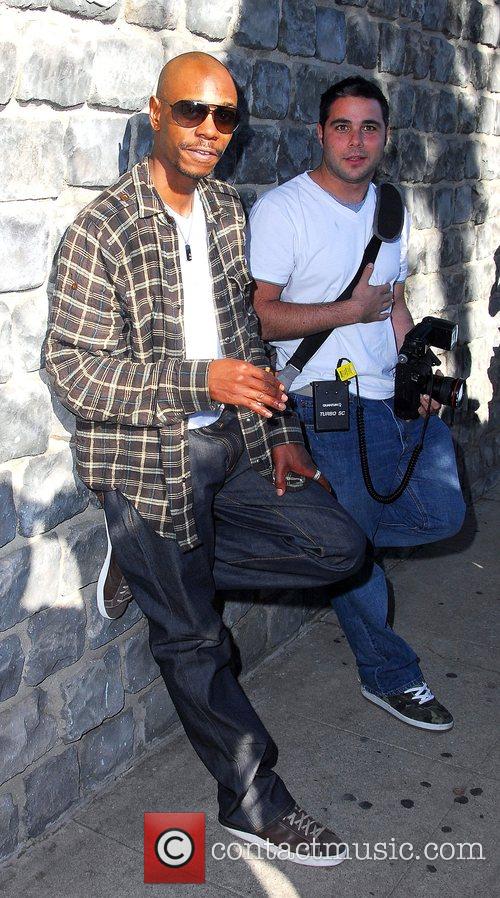