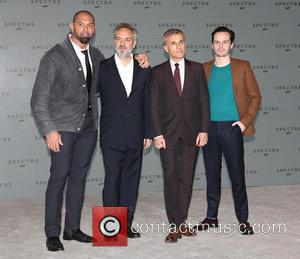 The Guardians of the Galaxy star, 46, recently wed his longtime girlfriend, professional competitive pole dancer Sarah Jade, and he broke the news to fans on social media on Wednesday (07Oct15).

Alongside a photo of the happy couple walking down the aisle, he wrote, "DaveBautista and @SarahJadePole Bautista". He also added a heart emoji.

The bride wore a sleeveless ivory lace gown, while Dave donned a black tuxedo on their big day, and wrestling heavyweights Chris Jericho, William Regal and Montel Vontavious Porter, aka MVP, were among the guests.

The marriage is Dave's third - he has two children with his first wife Glenda, and was married to Angie Bautista from 1998 to 2006.

It's shaping up to be a big year for the sporty movie star - he will appear in the new James Bond film, Spectre, as henchman Mr. Hinx alongside Daniel Craig as the suave superspy. 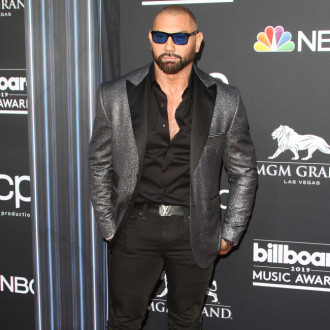