Datsuns Were Prepared For Backlash

Cult rockers THE Datsuns were prepared for the critical mauling given to their 2004 second album OUTTA SIGHT/OUTTA MIND, because the hype surrounding them had been so intense. The New Zealand four-piece were so lauded by the British music press when they emerged in 2002 they knew it wouldn't be long for the backlash to begin - particularly because the band refused to co-operate with their own self-publicity. Frontman DOLF DE BORST says, "Journalists were also keen to get us to slag off other bands. They wanted another Oasis vs Blur face-off, with The Datsuns vs The Darkness. "The Darkness fell head first into it because they loved a bit of press, but we refused. I didn't have anything against them and think that p**sed some journalists off because they wanted their copy." 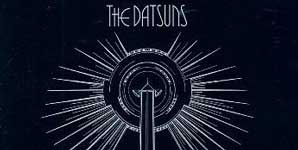 Datsuns Were Prepared For Backlash

Datsuns - supported by Do Me Bad Things Manchester Academy 2