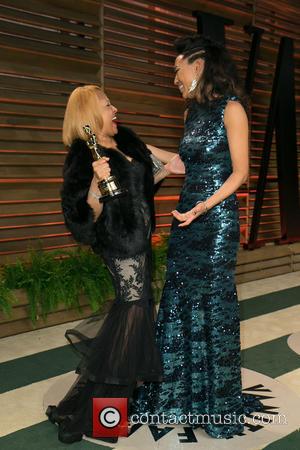 The longtime Phil Spector collaborator previously worked with Van Zandt on her 1992 single All Alone on Christmas, which the rocker wrote and composed for the Home Alone 2: Lost in New York soundtrack.

They reunited last year (14) to start work on Introducing Darlene Love - and album which features guest appearances by artists including Springsteen, Elvis Costello, Linda Perry, Joan Jett and Van Zandt himself, and now the E Street Band guitarist reveals he has signed her to his Wicked Cool roster.

In a statement announcing the news, Van Zandt writes, "Darlene's legendary status is well deserved but I felt the time was long overdue to show a younger generation WHY she has earned that reputation... Now I know the world will hear her."

The project will be released this autumn (15).

The 2011 Rock and Roll Hall of Fame honouree released her debut solo album, Paint Another Picture, in 1990, but her more recent releases have consisted of greatest hits compilations.

Love returned to the spotlight after appearing in 2013 film 20 Feet from Stardom, about the lives of working backing singers, which picked up the Academy Award for Best Documentary last year (14).