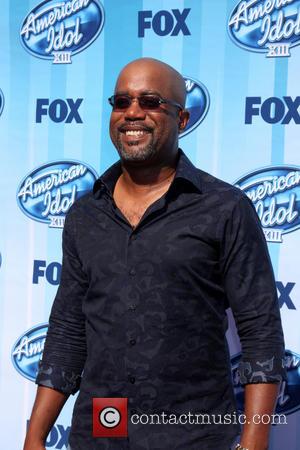 Singer Darius Rucker and his Hootie & The Blowfish bandmates have become the latest musicians to enter the booze business with their own brand of beer.

The rockers have teamed up with tastemakers at Palmetto Brewing Co. in their native South Carolina and officials at Florida-based firms Cigar City Brewing and Rock Brothers Brewing to create Hootie's Homegrown Ale, which is made with Carolina gold rice and lemongrass.

The new drink will be served up at the group's 12th Annual Hootie Homegrown weekend bash in Daniel Island, South Carolina on 8 and 9 August (14), and will go on sale in the U.S. soon afterwards.

Fans will also be helping a good cause by picking up a six-pack of the new ale - a portion of proceeds from the brewing venture will benefit the band's Hootie & the Blowfish Foundation, which aims to improve public education issues in their home state.

They aren't the only rockers to enter the beer business - Iron Maiden, Status Quo's Rick Parfitt and Francis Rossi, Motorhead and Mastodon all boast their own brand of booze.