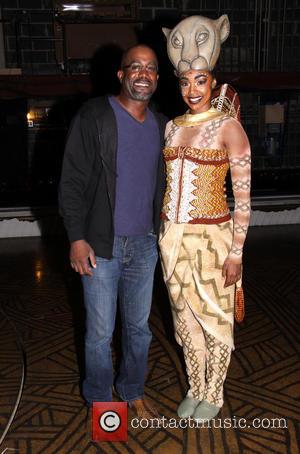 Singer Darius Rucker beamed with pride on Monday (12Aug13) as officials in his hometown of North Charleston, South Carolina unveiled a street named in his honour.

The former Hootie & The Blowfish star joined North Charleston city Mayor R. Keith Summey as he declared the road leading up to the North Charleston Coliseum had been renamed Darius Rucker Boulevard.

Speaking at the event, Summey paid tribute to the country artist for his "overwhelming talent" and his philanthropy efforts, saying, "He's one of us. He's done so much locally. It's hard to find people who have become so successful nationally and internationally but still live at home."

Rucker admitted he was incredibly flattered by the honour and insisted the magnitude of the event was not lost on him, telling the audience, "If you asked me 20 years ago, I'd never thought they'd have a street named after me."