Singer/songwriter Darius Rucker Is Taking His Time Recording Hootie & The Blowfish's Official Reunion Album - Because It Might Be The Band's Last Release. 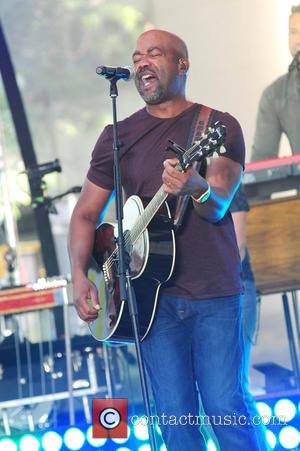 Rucker left the band a decade ago to become a solo country music artist and has tasted huge success on his own, but now he's planning to regroup his former band and record a new album.

The Only Wanna Be With You singer says, "We're still working on it... We're not gonna do it until we have 13 songs that we love, that we think are great, because it's probably gonna be the last time that we do it for a long, long time.

"We played some shows a couple of weeks ago down in Charleston, so it'll be real soon."

The band last released a studio album in 2005 but often get together to perform shows, benefits and festivals.