Singer Darius Rucker Celebrated His Birthday On Wednesday (13may15) By Gifting A U.s. Army Veteran With The Keys To A New Home. 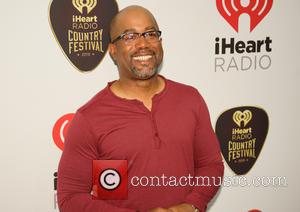 The Hootie & the Blowfish frontman has teamed up with officials at the Military Warriors Support Foundation, which awards mortgage-free homes for wounded heroes injured during combat, to help fund 11 new properties with proceeds from his new tour, and he gave away the first house as he marked his 49th birthday on U.S. breakfast show Today.

Rucker, who lives in Mount Pleasant, South Carolina, was joined by veteran Daniel Branham and a representative from the military charity for part of his interview, during which he announced the generous gift.

He said, "I'm gonna be giving away 11 homes on this tour, and we wanna start with you. They (foundation officials) wanna give you a home in Mount Pleasant; you're gonna be my neighbour!"