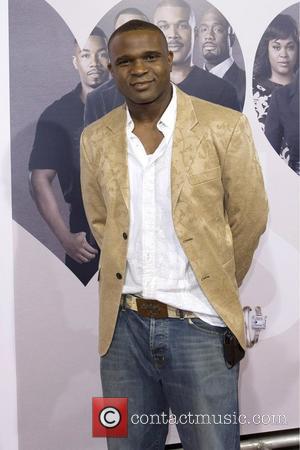 Picture: Darius McCrary World film premiere of 'Why Did I Get Married?' held at Arclight Theatre - Arrivals Hollywood, California - 04.10.07

Actor Darius McCrary and hip-hop video vixen KARRINE 'SUPERHEAD' STEFFANS are heading for divorce after just a year of marriage.
The TV star, best known for his role as Eddie Winslow in hit 1990s series Family Matters, filed for legal separation from the model-turned-author last month (Feb10), citing irreconcilable differences.
The former couple has no children, although Steffans is mum to a 13-year-old son from a previous relationship.
It is MCCrary's second short-lived marriage - his previous union to Juliette Merrill Vann ended in divorce in 2006 after a year as husband and wife.