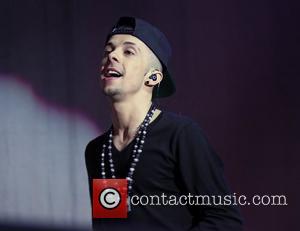 British rapper Dappy has postponed his upcoming U.K. tour until the end of the year (12) after the release of his new album was delayed until October (12).
The former N-Dubz star had previously hoped to bring forward the release of Bad Intentions so he could hit the road in September (12), but record label bosses have since scheduled the project for 1 October.
Apologising to fans in a series of Twitter.com posts on Wednesday (11Jul12), Dappy writes, "We had to move Bad Intentions Tour to December cos (sic) the album got moved to October...Sorry guys just getting this music perfect for u (sic)...Can't wait to see you all though... All original tickets are still valid of couuuuurssseee (sic)!! ...love u guys, without u I'm nothing".
The trek will now kick off on 27 November (12) in Belfast, Northern Ireland.