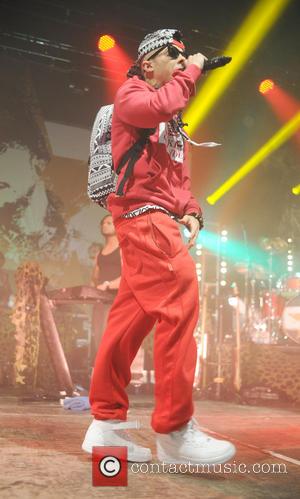 Former N-Dubz star Dappy has been in court, trying to defend himself against two counts of common assault, after he spat at two women who refused to get in his car and sparked a fight. Dappy is standing trial at Guildford Crown Court, The Sun reports, where he denies two counts of common assault on the women, one count of assault by beating (on a man that tried to defend them) and one of affray.

The jury in Guildford was told that Dappy pulled up in his car at a shell garage in Guildford, where he tried to persuade the two women to get in his car and go with him. When they refused, he became abusive, called one ugly and referred to them as sluts. Prosecutor Brian Stork told the jury “They were not interested in him and so his attitude changed. Instead of being polite he became rude. "He called the girls sluts and said one was ugly. And then perhaps as a result of what was said one of the girls called (Dappy) boring and he reacted by spitting at these two girls. To spit at them in this way is unwarranted and uncalled for. Fortunately the spittle landed on the ground near to where (the women) were sitting.” A man who had recently met the women then stepped in to defend them, only to find that he was also spat at and assaulted.

Dappy has denied spitting at any of the people involved and reportedly cannot understand how his saliva came to be on Mr Jenkins’ shirt. The trial is ongoing.