Dappy In Hospital After Horse Fall 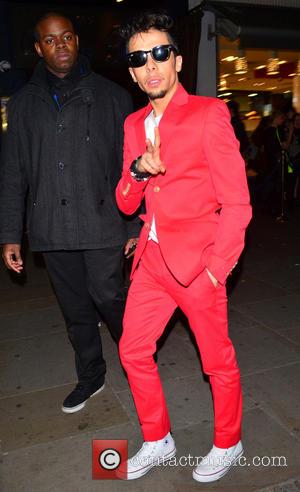 British rapper Dappy has been hospitalised after he was thrown from a horse and kicked in the face.

The former N-Dubz member was riding the animal in the grounds of his home in Herefordshire, England when the creature reared, throwing the star to the ground.

He was then hit in the face by the horse's hoof, leaving him covered in blood and needing medical attention.

Dappy's representative, Terry Mills, says, “I can confirm that my client was involved in a horse riding accident at home where he fell from his horse and was subsequently kicked in the face.

“Dappy was rushed to hospital where he received medical treatment and is now recovering.”

On Thursday night (28Nov13), the star uploaded a picture of himself in what appeared to be a hospital gown and asked fans, "Can you guess where I am," before subsequently deleting the image.