British Rapper Dappy Has Confessed He Went Off The Rails When Fame And Fortune Made Him Feel "Untouchable". 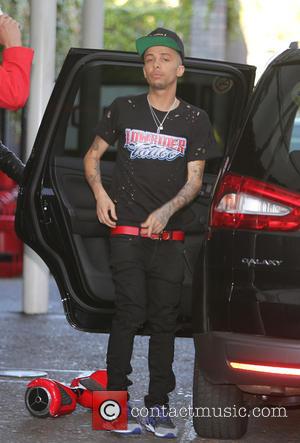 The No Regrets hitmaker rose to stardom in 2008 with his band N-Dubz before the group went on hiatus in 2011 so the three members could pursue separate solo projects.

Dappy - real name Costadinos Contostavlos - subsequently began making headlines for the wrong reasons with a string of arrests for assault and affray.

In January (15), he narrowly avoided a jail term for breaching his probation, and now he has revealed how an appearance on U.K. reality show Celebrity Big Brother last year (14) made him realise he had to turn his life around.

Dappy tells British TV presenter Lorraine Kelly, "(I was) growing up doing a lot of silly things, just being young and spontaneous, and fame just got to my head a bit and I just thought, yeah, I was a bit untouchable. But at the end of the day we are all human... We all do mistakes (sic)...

"Going into that (Big Brother) house just changed me as a person... It just made me (realise) I've got manners, I've got a heart. I started caring for other people in there who I don't even really know... It brought out my softer side and it brought out who I really am... and since then I've just, like, calmed down."