By Victoria Pavlova in Lifestyle / Showbiz on 20 June 2014

A recap of some of the most prominent assault cases in entertainment this year.

The assault cases in the entertainment business just keep coming. After Chris Brown, Justin Bieber and most recently, Wiz Khalifa, have all faced assault charges, the unfortunate trend is apparently moving across the pond. Former N-Dubz member Dappy has been fined £800 for slapping a man outside Chicago’s in Clemsford after an event back in February. According to BBC News Dappy, 27, faced trial at Chelmsford Magistrates' Court under his real name Dino Costas Contostavlos. Mr Contostavlos was also told to pay a victim surcharge of £80 and costs of £930. He is only the latest to go down in a disturbing series of high profile cases of violence. 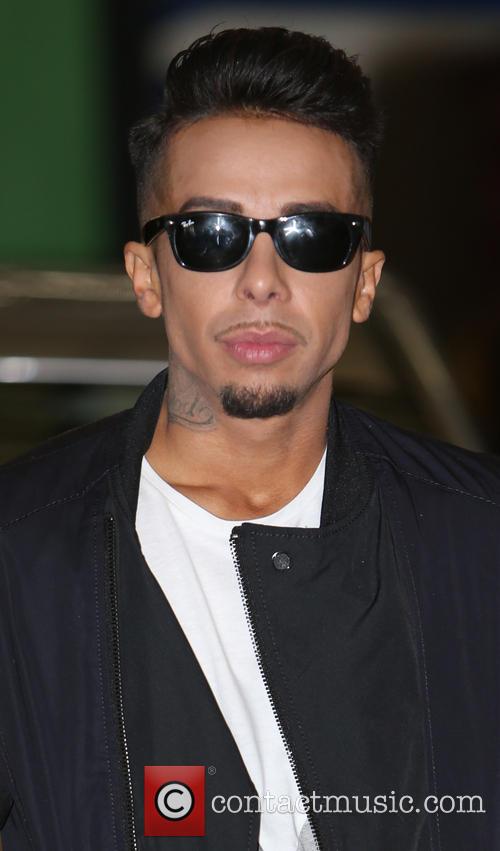 Dappy is in abundant, if not very flattering company these days.

At the beginning of the year, former pop sweetheart Justin Bieber was charged with assault after allegedly getting in a brawl with a Toronto limo driver. The incident took place in December 2013.

Dappy "Recovering" After Being Kicked In The Face By A Horse

N-Dubz star Dappy is said to be "recovering" after being thrown from his horse and stamped on the face this week. The singer/rapper was hospitalised following the incident near his home in Hertfordshire, which took place on Wednesday, 27 November, and is currently recovering at home. 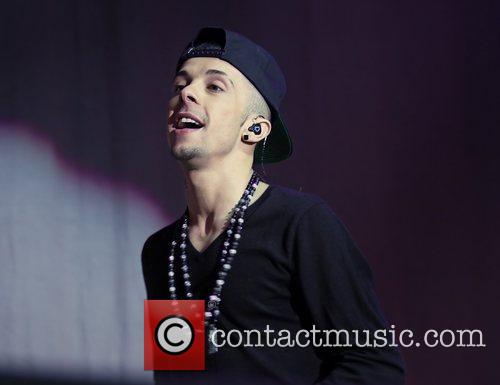 Dappy is well on the way to recovery

A spokesperson for Dappy confirmed to The Mirror soon after the incident that the 'No Regrets' hit-maker had been injured and sent to hospital after falling from a horse, adding that he spent a night in hospital for observation. The spokesperson added that Dappy is "recovering well" and should make a full recovery, going on to describe the incident as it unfolded.

Continue reading: Dappy "Recovering" After Being Kicked In The Face By A Horse

Still Got No Regrets? Dappy Faces Up To Three Years In Jail For Petrol Station Assault

By Hayley Avron in Lifestyle / Showbiz on 18 January 2013

The former N-Dubz rapper Dappy could face up to three years in jail, after he was found guilty of assault and affray at Guildford Crown Court. Dappy found himself facing charges after he got himself embroiled in a brawl at a petrol station, when he asked some women to get in his car and they refused. He was accused of spitting at and insulting the women and of assaulting the men that stepped in to defend them.

“Not guilty For spitting at the Females but Guilty for defending my self from the 3 Males!!!! #ThisAintRight,” the ‘No Regrets’ singer tweeted yesterday, after hearing the verdict. A couple of hours later, clearly feeling vindicated, he added “U see... I told u I never Spat at No Girl!!!!! ‪#ThisAintRight.” Hmmm, that doesn’t exactly make up for the fact that you got into a fight with the men, though Dappy and reportedly left them with “severe facial injuries.” You are in no way off the hook.

The maximum sentence for Dappy’s crime stands at three years in jail. He denied the allegations that were made against him but also admitted that he was drunk at the time of the incident, which took place in February 2012.

Continue reading: Still Got No Regrets? Dappy Faces Up To Three Years In Jail For Petrol Station Assault

Does Dappy Still Have 'No Regrets'? Rapper Found Guilty Of Assault And Affray

By Lorna Greville  in Lifestyle / Showbiz on 17 January 2013

Continue reading: Does Dappy Still Have 'No Regrets'? Rapper Found Guilty Of Assault And Affray

By Contributor in Music / Festivals on 17 January 2013 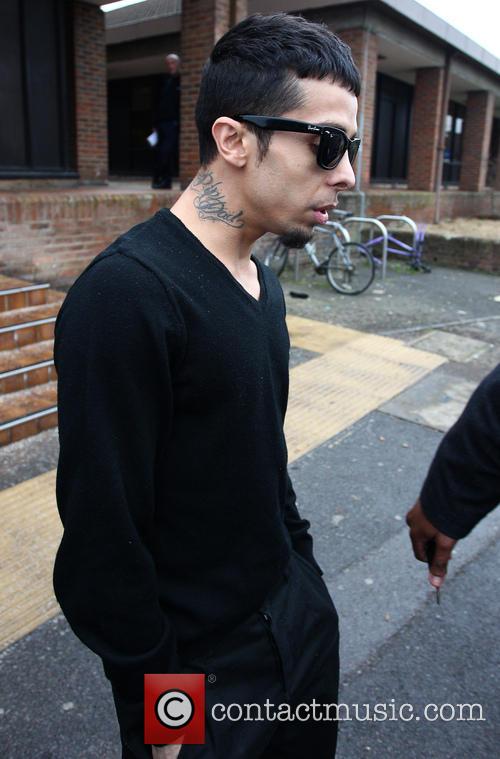 Dappy has been found guilty of affray in light of the court case that's been going on over an incident involving him and two women at a petrol station in Guildford, Surrey. The story goes that Dappy asked the two women if they wanted to come back with him, after bumping into them at the garage in the evening. When the women rejected his advance, he repotedly spat at them, the incident spiralling into a fight between Dappy, some of his pals, and some men who happened to be nearby.

Dappy Insists On Innocence In Assault Case; "Girls Are Trying To Stitch Me Up"

By Contributor in Music / Festivals on 11 January 2013

It’s not looking good for Dappy, who has been charged with affray, two counts of common assault and one of assault by beating in connection with a fight at a garage in Guildford, Surrey, in the early hours on February 28 last year.

However, the N-Dubz man is insisting his innocence in court, telling the jury that he thinks that the two women on the prosecutor’s side are trying to stitch him up. According to the Daily Mail, Dappy told the prosecuting lawyer “How am I going to get anywhere by spitting at girls. I have been broke for 18 years of my life, I am financially stable, I am grateful for it, I have done nothing to those girls.” However, having said that the two had disrespected him, he was challenged “This is what happens when girls disrespect Dappy?” to which he replied “Come on sir, really? The girls think it’s funny, in that they are trying to stitch me up.”

The incident allegedly occurred after Dappy had asked the two if they wanted to come back with him after bumping into them at the garage. When they said know he is supposed to have spat at them, the incident setting in motion a chain of events that led to a fight between him, his friends and some nearby men.

Dappy Trial: Female Witness Plans To "Sell Story To All The Magazines And Get Rich."

By Lorna Greville  in Lifestyle / Showbiz on 10 January 2013

Dappy is in court this week having been charged for two counts of assault and one of affray. Yesterday it was reported that there was DNA evidence that placed him at the scene with his saliva on the tshirt of one of the victims. However, today one of the witnesses has been accused of saying that she will just 'bullsh*t during questioning, and plans to sell her story to get rich. Ultimately this rocks the basis of the prosecution so Dappy's fate now seems more secure.

According to the Sun, the police had examined the phones of the witnesses which included a number of BBM messages between the witness, 19 year old Serena Burton, and her friends. Burton received a message saying: ""OMG definitely sell the story ha ha ha, that's so good. Just say what happened, you are good at talking so you will be fine, ha ha ha." And replies with: "Ha ha ha, I do not even remember, to be fair, but I will bullsh*t."

To another friend Burton said: "Going to sell my story to all the magazines and get rich." Apparently, another message to another witness in the trial, Grace Cochran, said: "Didn't they say we can do what we can after the trial is over... So let's literally ring Heat and stuff and sell our story."

Continue reading: Dappy Trial: Female Witness Plans To "Sell Story To All The Magazines And Get Rich." 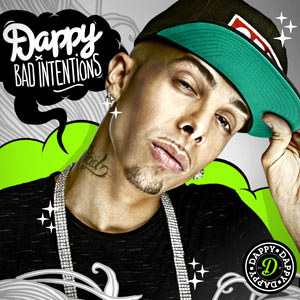 Dappy Storms Off Stage During Isle Of Wight Set

Dappy Begged Doctors To Repair His Face After Horse Attack