Danny Woodburn has been cast in the role of Master Splinter in 'Teenage Mutant Ninja Turtles', playing the titular hero's karate expert sensei. 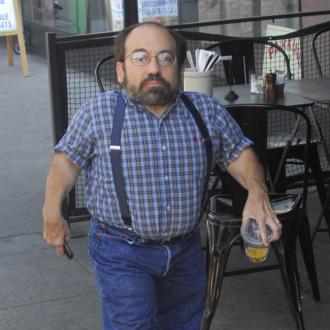 The actor has signed up to take on the iconic role of the pizza loving superheroes' karate expert sensei in Paramount's forthcoming blockbuster reboot, which will be produced by 'Transformers' director Michael Bay.

Woodburn is best known for his role in Snow White adaptation, 'Mirror, Mirror', in which he played Grimm, one of the seven dwarves who aided Lily Collins' incarnation of the fairytale princess after she was banished by the queen (played by Julia Roberts).

'Teenage Mutant Ninja Turtles' is being directed by Jonathan Liebesman and will utilise both CGI and live action, using performance capture to bring the crime-fighters to life, in a similar vein to James Cameron's 'Avatar'.