Scotty Galban and his partner Joey are New York City cops, whilst Scotty usually sticks to the rules, his partner has been tempted by dirty money. When Joey is found on an underground rail road track with a knife in his back, Scotty immediately goes to the scene.

Scotty wants justive for his partner but he also knows Joey was taking money from drug dealers and by finding his murderers, he might just bring a lot of dark secrets to light that are best kept unknown. With few leads, Galban begins to piece together his partners last steps and his dodgy dealings - one of his first leads him to a teacher, Isabel, who he feels is connected to the case in more ways than she's letting on.

Exposed is a gritty 'whodunnit' based in a modern day New York City directed by Declan Dale.

Former elite agent Luke White lives in New York and is all too familiar with the city's seedy underbelly, which crawls with corrupt policemen, killers and gangsters. The policemen, along with the Russian mafia and the Triads, are all looking for New York's Most Wanted, who has memorised a very long safe combination that is of the utmost importance.

By Rich Cline
Good
This sleepy comedy is surprisingly entertaining as its plot twists and turns along the way, combining a bank heist with a romance. And rather a lot of Chekhov too. But it's the likeable cast that makes it worth seeing.

We Own The Night Review

By Jesse Hassenger
OK
James Gray has assembled what looks and sounds like a good, smart thriller with We Own the Night: a strong cast, serious aspirations, a specific time and place (Brooklyn, 1988). The story is shopworn, but not without dramatic potential: Joaquin Phoenix and Mark Wahlberg play brothers on the opposite-ish sides of the law; Joseph (Wahlberg) has followed in the footsteps of their father (Robert Duvall) and joined the NYPD while Bobby (Phoenix) rebels by running a seedy nightclub. With a drug dealer inching into Bobby's territory, he's forced to reconsider his loyalties.

Meanwhile, the movie forces me to reconsider my own, because it spends a lot more time seeming like a good movie than actually being one. For a film with such an ominous, encompassing title, We Own the Night is content to skim the surface of the NYPD, lacking the obsessive attention to detail that distinguishes other crime-heavy glimpses into bygone American eras as diverse as Gangs of New York, Zodiac, or The Assassination of the Jesse James by the Coward Robert Ford. Even Night's period details feel half-assed and incidental, like background songs that sound more like bits of '90s soundtracks to '80s-set movies instead of 1988 itself. In fact, though an early subtitle says so, the year doesn't even seem to be 1988 in particular but a vague, amorphous "eighties," Wedding Singer style.

Continue reading: We Own The Night Review 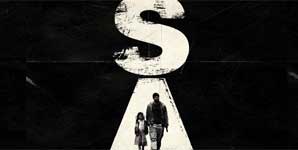