Prolific film soundtrack composer Danny Elfman sees the release of his latest, some may say surprising, single 'Happy' and its anything but accompanying official video.

Elfman, a firm favourite of many a director, including Tim Burton with whom he famously worked on Batman and Beetlejuice (Among many others) and Gus Van Sant where he provided scores for Oscar winning films 'Good Will Hunting' and 'Milk' is highly regarded and highly sought after. His name may not be in the public consciousness like some of the directors he has helped but it is highly unlikely that you will never have heard his music.

In terms of popular culture and mainstream appeal Elfman is right up there in his contribution. From 'The Simpsons' to 'Fifty Shades', via 'Dick Tracy' and 'Alice In Wonderland' and even more recently 'Stranger Things' And 'Dr Doolittle' Elfman is your go to man if you want a memorable, engaging and enhancing soundtrack.

So, I think it's safe to say, with a little ghoulish Halloween inspiration comes, 'Happy', Elfman's new single. "Choose Your Poison" Elfman sings out through many manipulated, uncomforting manifestations of himself as the staccato strings build the sense of foreboding tension for the listener. I would suggest that this is not a video, or song, best played just before bedtime. If the threat of horror weren't driven enough in the first half of the song then the introduction of a heavier metal beat coupled with skeletal dogs and independent revolving eyes should do the trick.

'Happy', definitely never likely to be confused with the Pharrell Williams song of the same name, is rich with irony and black humour. "Youth is wasted on the youth" and "Everything is great" seem to sum up Elfman's current and particular point of view in his latest, original, inspiring and slightly horrific offering. 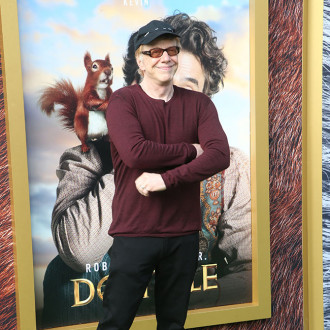 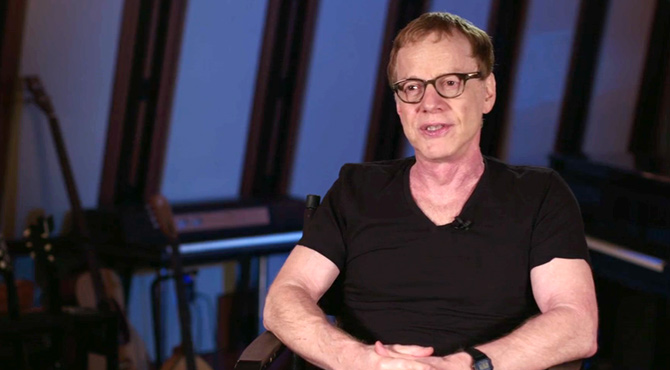