Danny Dyer won't take any abuse from trolls on Twitter and if he is offended by something somebody says he will make sure he humiliates them on the site. 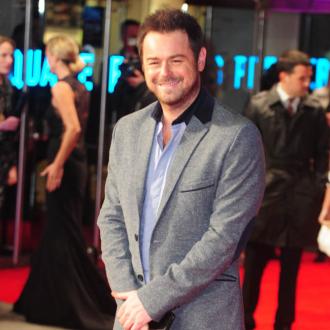 The cheeky actor won't tolerate abuse from nasty followers on the social networking website, and rather than put up with their negative comments he uses their own accounts to mock them.

Speaking at the premiere of his new film 'Run For Your Wife' at the Odeon Cinema in London's Leicester Square on Tuesday evening (05.02.13), Danny told BANG Showbiz: ''I get trolled severely, like, nasty. So I like to expose people.

Danny's methods of humiliation have previously included tweeting embarrassing photographs of his trolls for his followers to mock.

The 35-year-old actor stars alongside Girls Aloud singer Sarah Harding and Denise Van Outen in 'Run For Your Wife' and although he hopes the movie is a success he appreciates some people won't go to see it because they don't like him.

Danny - who is from east London - said: ''Do you know something I've learnt? I divide people. People either really love me, and think I'm great, or they just hate my guts. Don't know why, it's kind of weird.''