He was asked whether his 'Eastenders' storyline wedding had made him think about his own upcoming marriage. Cue hilarity...

Cockney cheeky chap Danny Dyer was on great form during a daytime TV appearance today, as he left viewers in stitches with his hilarious responses to Susanna Reid’s questions during an interview on ‘Good Morning Britain’.

Trying to prise some details out of Dyer about his upcoming wedding to his long-term partner Joanne Mas, the presenter asked him whether his current ‘Eastenders’ storyline, in which his character Mick Carter is getting married to Linda (Kellie Bright), had got him thinking about his own impending marriage. 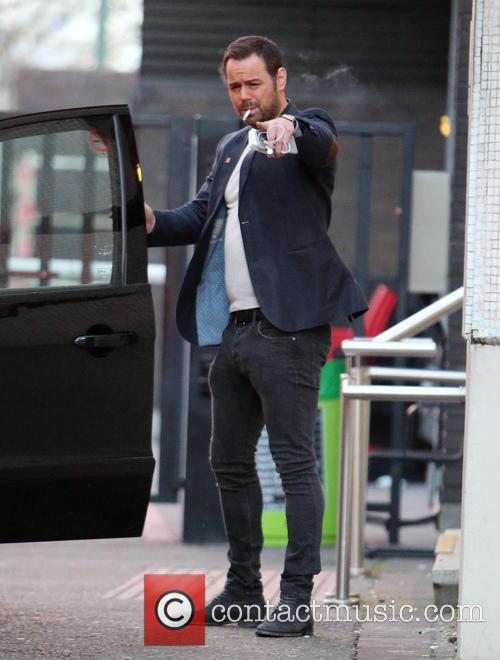 Referencing the storyline and having no truck with Reid’s questions, Dyer replied with a grin: “You what? You mean me kicking off in a lake trying to drown someone, whacking on a pink dressing gown and getting married! No, I hope my wedding is nothing like that!” Reid tried not to laugh in response.

“The governor, my missus, is organising everything. She's the brains behind the operation so it should be all good. It's going to happen this year. I think, September, August time. And I'm petrified!”

Reid was left a little sheepish again as Dyer squirmed at another question, when she asked whether he had watched back the marriage episode and whether he was moved by it. Again, he wouldn’t play ball.

“Well, I'm in it. It'd be a little bit muggy if I sat there crying at myself! But it is nice to have a love storyline in EastEnders because it is a bit depressing isn't it?”

He also had a few words of support for his ‘EastEnders’ co-star Kellie, who lost out on the ‘Strictly Come Dancing’ trophy in the final to Jay McGuiness. “She was bang on – but she was robbed!”

Inevitable follow-up question: will Dyer be tempted to participate in the next season if he’s asked? “Oh yeah I’ll be doing this year,” he insisted, before promptly adding: “No I’m joking. I’m too lazy darling. I mean 13 weeks of mincing about? No thanks!” That’s that, then!