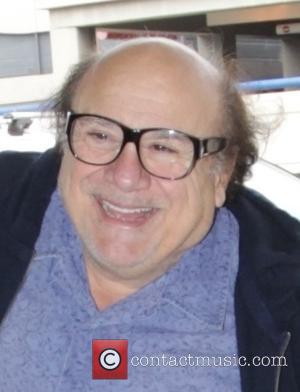 The actress tells The Hollywood Reporter that her dad passed away on 29 April (15) at his home in Los Angeles following a long, undisclosed illness.

Philip retired from the toy business in the 1980s and moved from Brooklyn to Los Angeles to be closer to his daughter and her family, including husband Danny Devito.

While visiting Rhea on the set of her hit sitcom Cheers in 1986, Philip wanted in on the action and made a bold request to director James Burrows, asking if he could sneak in the back of a bar scene.

Rhea recalls, "He went up to Jimmy Burrows and said, 'Think I could be an extra?' Jimmy said, 'Sure! Anyone can sit at the bar.'"

Philip continued as a regular and appeared in more than 30 episodes, including one in which Rhea thew a cup of water in her father's face.

The father-daughter team also worked together in the film Class Act and in a 2002 episode of Cheers spin-off Frasier.

Philip also teamed up with DeVito for a number of films, including The War of the Roses, Other People's Money, Hoffa, Out of Sight, and Man on the Moon.

Philip's last onscreen appearance was in an episode of DeVito's cult comedy It's Always Sunny in Philadelphia in 2006.

Rhea gushed over her father's love for his second career in entertainment, saying, "He was always enamored of show business. He was a huge movie and TV buff and knew every character actor on the planet. He once told Danny, 'You know, I want to be in one of your movies and say, 'Dinner is served.'"