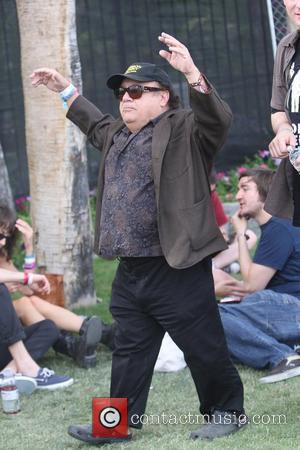 Danny Devito, Jack Nicholson and Susan Sarandon were among the New Jersey-born stars inducted into the state's Hall of Fame on Sunday (02May10).
The film stars joined author Judy Blume and singer Frankie Valli at the third annual New Jersey Hall of Fame celebration, which honours the Garden State's finest residents and natives.
Rocker Bruce Springsteen was on hand to pay tribute to DeVito, telling the crowd, "He has Jersey attitude pouring out of him, even when he is standing still. (His) persona exemplifies what it means to be one of us."
Springsteen and DeVito then teamed up to perform The Boss' Glory Days hit for an audience which included former NASA astronaut Buzz Aldrin and actor Joe Pesci.
Meanwhile, devout basketball fan Nicholson admitted he was missing a Los Angeles Lakers game to be at the ceremony, where he gushed about his love for the state, reports NJ.com.
He said, "I could sing the praises of New Jersey all night."
Past inductees have included Springsteen, author Toni Morrison and Harriet Tubman.