Danny Devito has revealed the much anticipated sequel to 1988 comedy 'Twins' is still in development but he and co-star Arnold Schwarzenegger are waiting for the right script. 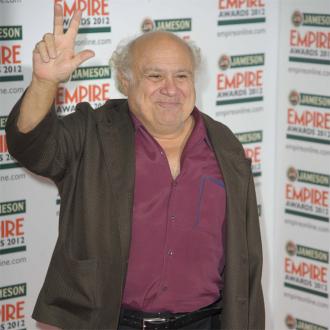 Danny Devito has revealed that the long-awaited 'Twins' sequel is awaiting the right script.

The actor - who starred alongside Arnold Schwarzenegger in the hit 1988 comedy about two unlikely twins separated at birth - admitted there hasn't been much progress made on the film's proposed follow-up, 'Triplets', which was announced last year with Eddie Murphy tapped to play a third long lost brother.

Speaking exclusively to BANG Showbiz during a trip to London, he said: ''Arnold and I have had dinner about it. We met with Eddie Murphy. That was actually before I went away and came here [to London] to do [stage musical] 'Sunshine Boys' [in March 2012]. That's how long [ago] it was.

''Universal is very excited about doing it. It's just a matter of finding the script that we like and a story that works.''

Quizzed about his involvement in the film beyond an acting capacity, the 68-year-old star - who is also an accomplished director and producer - added: ''I'm, like, sitting on the sidelines waiting for. I guess [director] Ivan [Reitman] might write it and produce it, so I don't have much to do with it.''

Following the success of the comedy, Danny teamed up with Arnold again in 1994's 'Junior' in which the former Californian governor played a pregnant man.