Danny Devito was so poor growing up, his family could only afford budget hamburgers and fueled their cars with as little gas as possible. 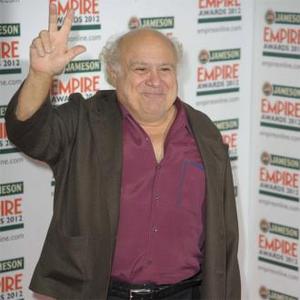 Danny Devito was so poor growing up, his family could only afford budget hamburgers.

The 'Twins' actor was brought up in Asbury, New Jersey - between Atlantic City and Manhattan, New York - and told how times were tough for most people.

He reminisced: ''Out of season, it was like a Bergman film. Rows of parking meters, deserted beaches, busy winter sky.

''It was very romantic for me. Of course nobody had any money in those days. All we could afford to do was get a [cheap fast food chain] White Castle hamburger. You would literally stop for 50 cents of gas. Everybody chipping it. Topping off the needle, we called it.''

Danny is famed for his small stature, and while the fact he is only five feet tall may have felt like a disadvantage when he was a teenager, it made him learn other skills to impress ladies.

He added: ''I learned how to dance real good. I had to, because [girls didn't want to] slow dance [with me].''

Danny also credits his size with landing him good acting jobs in the early stage of his career.

He said: ''Early on, when I'd go in for a part, people would go, 'Oh'. Later, when they rewind that meeting, it would be, 'We've seen 20 actors for the role of The Servant in 'The Merry Wives of Windsor', but wait a minute, we've done this already with this guy, so let's try this Danny guy.' I got two Shakespeare parts like that.''