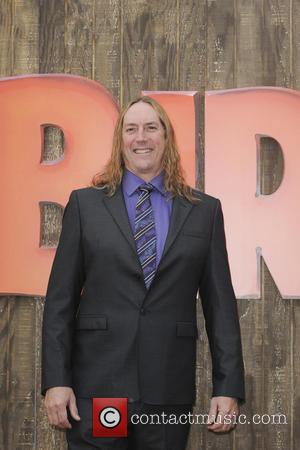 Alexander underwent an operation after suffering a heart attack last month (Jul14), leaving his band in need of a touring drummer - so they reached out to Carey.

Primus frontman Les Claypool tells RollingStone.com, "The mighty Tim 'Herb' Alexander is a polyrhythmic Viking of extreme and unique talent so the one person that we thought could step into his shoes and do it justice is the one and only Mr. Danny Carey. Whereas Herb is the stocky, Easter Island-faced, boulder of a drumming human, at nearer to seven feet, Danny Carey is the mighty redwood tree of percussion; towering over his kit like a golden-haired noble sequoia (tree).

"I can't wait to see that menacing grin of Danny's shine out as we pound our way through Here Come the B**tards and Those Damned Blue-Collar Tweekers. He's a dear old friend and we are extremely excited to have him aboard, and I would wager we are equally, if not more intrigued than most by what kind of sounds are going to come out of the three of us once we actually get in a room together and do more than just consume fancy booze."

Carey will joining Primus for their Riot Fest appearances in Chicago, Illinois and Denver, Colorado.

Alexander hopes to return to the band in October (14).