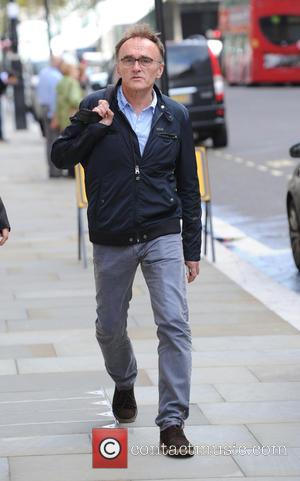 The tech genius died in 2011 and promptly became the subject of a number of projects, including 2013's Jobs, featuring Ashton Kutcher, and director Danny Boyle's new movie Steve Jobs, starring Michael Fassbender as the title character.

Boyle's biopic won a slew of top reviews upon its world premiere at the Telluride Film Festival in Colorado earlier this month (Sep15), while Fassbender has already been tipped for a Best Actor Oscar nomination.

However, despite the critical acclaim the new biopic has garnered, Apple boss Cook has made it clear he is not interested in checking it out because his late boss is often portrayed in an unflattering manner.

Asked for his thoughts on the biopics, Cook tells U.S. talk show host Stephen Colbert, "I haven't seen them, but the Steve I knew was an amazing human being. He's someone that you wanted to do your best work for. He invented things that I think other people could not. He solved things other people could not. He had this uncanny ability to see around the corner and to describe to the future."

He added, "(Jobs) was a joy to work with and I love him and I miss him every day. I think a lot of people are trying to be opportunistic and I hate this. It's not a great part of our world."

But Jobs' former business partner Steve Wozniak has seen the new film and he is a big fan of Danny Boyle's work, stating, "I saw a rough cut and I felt like I was actually watching Steve Jobs and the others. Not actors playing them. I give full credit to Danny Boyle and (screenwriter) Aaron Sorkin for getting it so right."