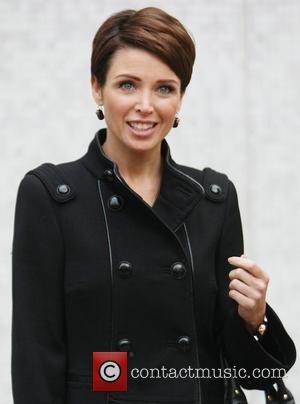 Dannii Minogue has decided on a more appropriate career venture as a judge on the next series of 'Britain & Ireland's Next Top Model' and has declined a return to 'The X Factor'.

The former singer judged on the singing talent show between 2007 and 2010 but, according to a friend of hers in The Mirror, 'She doesn't want the hassle and the rows that come with doing 'The X Factor'.' Music mogul Simon Cowell asked her last year if she would make a return, attempting to group together some of the former judges of the show possibly in a bid to up the program's quickly falling ratings. However, Dannii, who has her own fashion label Project D, is more interested in the world of fashion these days and has instead signed a deal with Sky Living show 'Britain & Ireland's Next Top Model'. 'I am brushing up on my model moves and with my highest platform heels on, I am excited to come face to face with (well maybe look up to) the glamazons of BINTM 2013', she told The Mirror. 'Next Top Model has always been a part of my essential TV viewing and I am so excited to be back in the UK for Britain & Ireland's Next Top Model's ninth series.' She admits that she loves mentoring but is particularly excited to join the modelling competition's judging panel because she is a huge fan of executive producer and co-judge Elle Macpherson. 'I remember Elle's first magazine cover in Australia and I have been a fan of hers since then', she said.

The star is set to join Elle and actor Tyson Beckford in February 2013 when filming begins with the show being aired later in the summer. Elle is equally as excited to have Dannii join them, admitting: 'I am really enthusiastic about working with Dannii. I have watched her blossom into a powerhouse in fashion and television and believe she will bring a fresh energy to the show - plus she's gorgeous.'

Dannii Minogue: Shopping made me depressed

Dannii Minogue 'can't commit' to being a 'full time' musician